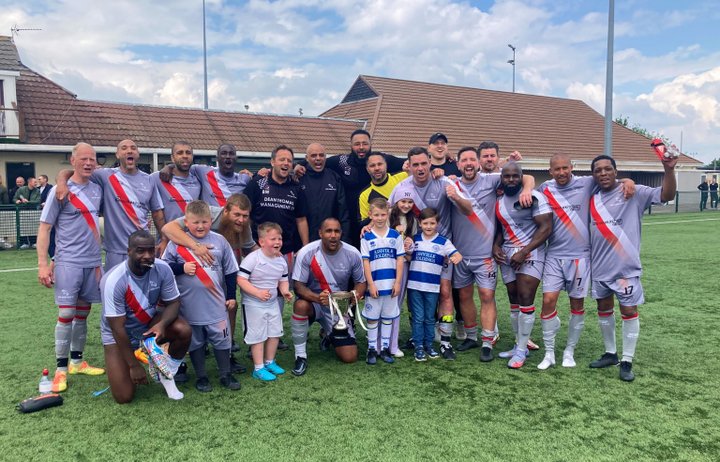 On a perfect day for cup football, Bedfont Sports FC welcomed teams from the WLVFL to the recreation ground stadium, for the inaugural WLVFL “Finals Day”. FC Chelsea from the Premier division were looking to make it a league and cup double, faced West London Rams joint winners of division one in the second Terry Buckland league cup final.

After a very entertaining and hard-fought game, which saw two late goals from WLR make it 4-4 after 90mins, the destination of the trophy was finally decided by a penalty shoot out which saw WLR run out 4-1 winners.
A truly excellent match which was a superb advert for veterans’ football at the highest level.

This year also saw the inaugural season of the WLVFL Super Vets section (50+) and the spectators from both teams were treated to another competitive match played out between Nottsborough Partisans SV and Croxley Green SV. Both teams created chances to win the game in normal time but it was eventually Nottsborough Partisans who secured a 5-4 victory on penalties to lift the play-off trophy for the first time. 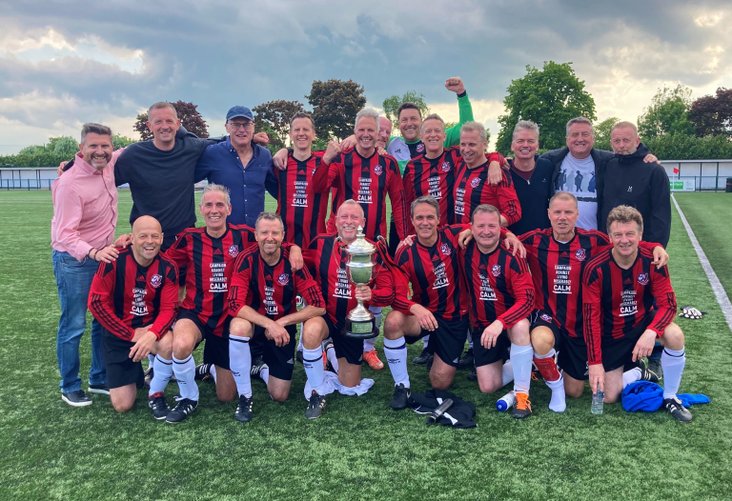 Super Saturday  Its Finals day 7th of May